I like to reflect at night or early morning before the sun rises. The moon symbolizes reflection while during the day the sun means action. 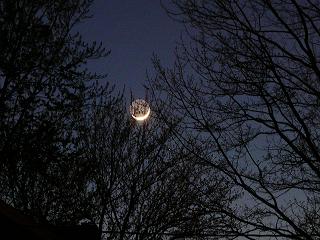 Allies in the simplest sense bridge the divide between culture, religion, and politics that separate human beings into different communities. They accept, respect, and protect each other because they know in their heart it’s the right thing to do.

Allies have the ability to separate personality, ego, and physical appearances to find the good in the people for whom they build a bridge. Allies recognize the harsh realities the other community faces can make it difficult at times to get along, but an Ally does not give up.

Allies know that fear is False Evidence Appearing Real. Any reluctance they may have had to being an Ally disappears when they get to know people of the other community, especially their complementary allies.

An example of an Ally is a gay or straight person who stands up in his or her community for members of the other community. It can be as simple as a heterosexual teacher who displays a PRIDE banner in his classroom letting everyone know his classroom is a safe place or it can be a homosexual or transsexual person expressing patience and compassion for a person innocently assuming everyone is heterosexual.